Research specialization
I am a specialist in environment and development, and have worked in three key areas:

- The politics of environmental science and policy processes, especially in rapidly developing societies,

- The development of deliberative, multi-stakeholder forms of governance that can result in more development-friendly, as well as environmentally effective, policy solutions.

I  have some six years' work experience in Southeast and South Asia. I was a co-author of the chapter on climate change in the Millennium Ecosystem Assessment (2005). I have also won fellowships to Harvard and Stanford, as well as the National University of Singapore.

I am on the editorial boards of: Global Environmental Politics, Conservation and Society, Critical Policy Studies, Progress in Development Studies, Social Movement Studies. 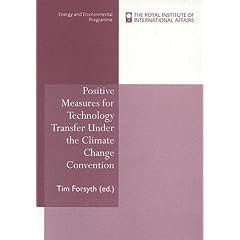 Books
2011: (edited) Moving Mountains: Ethnicity and Livelihoods in Highland China, Vietnam, and Laos, with co-editor Jean Michaud, Vancouver: University of British Columbia Press. This book analyzes how ethnic identity can be an important asset for livelihood strategies in the highlands connecting China, Vietnam and Laos under the combined forces of globalization, post-socialism, and statemaking. The book presents important and new studies of this little-researched region.

2008: Forest Guardians, Forest Destroyers: The Politics of Environmental Knowledge in Northern Thailand, with co-author Andrew Walker, Seattle and London: University of Washington Press, 302pp. A research monograph analyzing why usual practices of scientific progress have not occurred in a region that has become one of the most researched in Asia. This book links scientific knowledge about forests and watersheds to alliances of state and NGOs in Thailand.

1996: Sustainable Tourism: Moving from Theory to Practice, London: World Wide Fund for Nature, 65pp. A survey of 69 companies and agencies engaged in sending tourists overseas. What can they do to enhance sustainable tourism? What does this mean for business regulation?

2015: 'Who speaks for the future of the Earth? How critical social science can extend the conversation on the Anthropocene,' Global Environmental Change 32: 211-218.  (with Eva Lovbrand, Silke Beck, Jason Chilvers, Johan Hedren, Mike Hulme, Rolf Lidskog, and Eleftheria Vasileiadou).

2015: 'Ecological functions and functionings: towards a Senian approach to ecosystem services,' Development and Change 46:2 225-246.

2015: 'Towards an ontological politics of comparative environmental analysis: The Green Economy and local diversity,' Global Environmental Politics 15:3 140-151. (with Les Levidow).

2014: 'Hidden alliances: rethinking environmentality and the politics of knowledge in Thailand's campaign for community forestry,' Conservation and Society 12: 4 4087-417. (with Andrew Walker).

2013: 'What is autonomous adaptation? Resource scarcity and smallholder agency in Thailand,' World Development 43: 56-66 (with Natalie Evans).

2008: 'Political ecology and the epistemology of social justice,' Geoforum 39: 2 756-64 (Special issue dedicated to the work of Piers Blaikie).

2007: 'Sustainable livelihood approaches and soil erosion risks: who is to judge?' International Journal of Social Economics  34: 1/2 88-102.

2002: 'What happened on The Beach? Social movements and governance of tourism in Thailand,' International Journal of Sustainable Development 5:3 326-337.

2001: 'Constructing a new understanding of environment under post socialism,' Environment and Planning A 33: 573-587 (with Tassilo Herrschel).

1999: 'Environmental activism and the construction of risk: implications for NGO alliances,' Journal of International Development 11:5 687-700.

1995: 'The mu'ang and the mountain: perceptions of environmental degradation in upland Thailand,' South East Asia Research 3:2 169-192.

1994: 'The use of cesium-137 measurements of soil erosion and farmers' perceptions to indicate land degradation amongst shifting cultivators in northern Thailand,' Mountain Research and Development 14:3 229-244.

1991: 'Tourism: problem or solution to the Himalayan crisis?' Global Ecology and Biogeography Letters1: 65-68.

2015: 'Co-production and democratizing global environmental expertise: the IPCC and adaptation to climate change,' pp. 113-132 in Hagendijk, R., Hilgartner, S. and and Miller, C. (eds) Science and Democracy: Making knowledge and making power in the biosciences and beyond, London: Routledge (with Silke Beck).

2014- : Board member of Down To Earth: a think tank and advocacy organisation about environmental policy and development in Indonesia.

2000-2008: Trustee for The Karen Hilltribes Trust, a UK-based charity working to enhance clean water, education and livelihoods in northern Thailand.

1998: 'Poverty and environment, an overview study,' with co-authors Melissa Leach and Ian Scoones. Conducted by the Institute of Development Studies, Sussex for the United Nations Development Programme (UNDP) and European Commission.

1997: Guest editor of the Geographical Journal 163:2 (with Simon Batterbury).